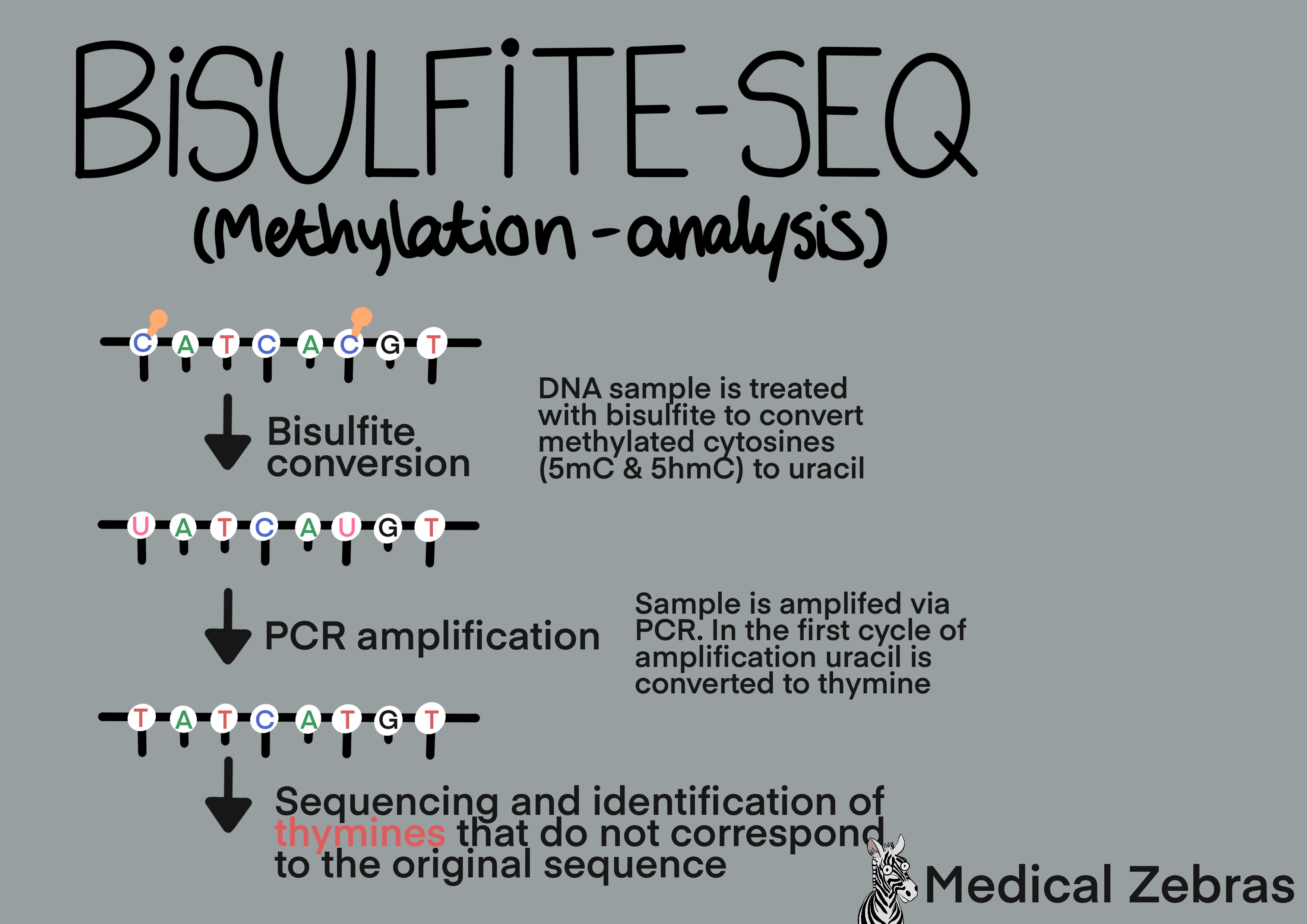 Pros: Does not detect 5hmC due to antibody specificity.
Cons: The quality of the analysis is largely based on the specificity of the antibody used. Higher resolution is obtained with bisulfate-sequencing.
Examples of uses in the field
~ Not used in the clinical setting.